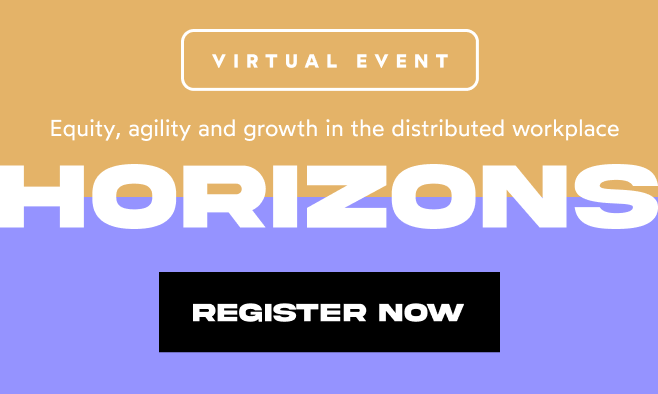 What is just-in-time career progression?

Recall the iconic scene in Titanic where Leonardo DiCaprio’s character, Jack,  freezes to death in the ocean while Rose, played by Kate Winslet, floats next to him on a piece of debris. Part of the scene’s sensational appeal lies in the script, but the superb acting is what turns it into a legendary masterpiece. Yet something lies even deeper. There is a behind-the-scenes photo of  celebrated director James Cameron clinging to the same piece of debris himself while Winslet and DiCaprio listen to his feedback intently.

Now imagine this: What if the actors didn’t get the feedback right there and then? Would the scene be as successful if the director waited until  after all the scenes were shot to give them feedback? The question is unimaginable for professional actors. But consider the same question for a professional outside of acting. What if critical feedback was withheld until the end of the quarter? It’s not nearly as unimaginable. Despite previous attempts to reinvent performance management, the performance review and feedback process is still broken.

Why performance management (even the agile version) is broken

Despite adding buzzwords like “continuous” or “agile” to performance management, the process is still unfair, costly, and emotionally charged. More importantly, it doesn’t advance diversity efforts.

Agile performance management promises performance development and coaching with regular check-ins by managers serving as the “coach.” It’s a noble approach but it overlooks a critical piece: appropriate context.

By primarily focusing on achieving business goals, the process continues to be an evaluation of employee output, rather than a growth mechanism. Continuous performance management has even more flaws:

Positive reviews don’t necessarily translate to career progression or more pay because getting a promotion can feel like a circus act of hoop-jumping for everyone involved. Deciding who gets promoted and how it changes title and compensation is driven by poor practices like putting employees on a bell curve or decoupling performance and compensation reviews. These approaches may temporarily sweep the issues under the rug, but also contribute to attrition and disengagement.

Professional actors and athletes grow by driving their own progression and getting performance feedback in small, iterative intervals. We think it’s time for businesses to adopt the same approach for their employees: what we at Pando call “just-in-time career progression.”

Just-in-time career progression is a new paradigm for performance management  tying continuous feedback to each employee's role- and level-specific competencies. It shifts the dynamic from promotion scarcity to progression for all by advocating for more levels and narrower compensation bands, allowing people to build mastery through an iterative, step-by-step progression.

A key component of just-in-time career progression is being employee-driven. Because the process is iterative, no one waits until the end of the quarter or year to initiate feedback. Employees can request skills assessment and feedback in the context of ladders when they feel they are ready. Transparent levels and visualized progress status allow employees track and measure their skills development and advancement in real-time. They can also compare skills for different roles within the organization either to level up or grow horizontally.

The structured and transparent process for feedback and career progression alleviates the emotional toll of performance reviews because it shifts the dynamic from being something that happens to the employee to a growth mechanism instead. And while eliminating bias is a complex task, the transparency, structures, and iterative nature of just-in-time career progression help address the common performance review biases:

At Pando, we believe anonymous feedback by peers and colleagues doesn't nurture a culture of growth. Just-in-time career progression takes the stigma out of constructive reviews and eliminates the need for feedback anonymity by focusing on building role-specific skills. That shifts the mindset on feedback from something that could hurt your professional standing to a sure, growth-driving tool.

Through regular skills assessment and feedback in the context of just-in-time progression, managers can have structured and actionable performance conversations in small batches without spending vast amounts of time at quarterly or even longer intervals.

And that will change the game for both employees and managers alike.

Are you ready to learn more about just-in-time career progression?